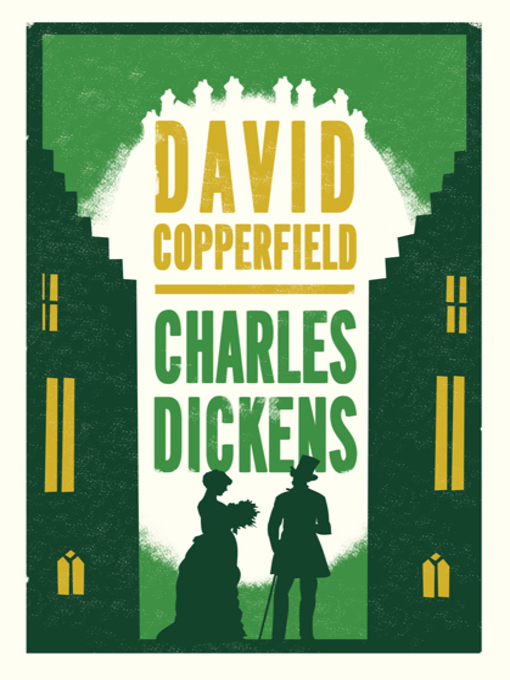 One of the most famous and celebrated Victorian coming-of-age novels, David Copperfield charts the adventures and vicissitudes of its eponymous hero's life, from the misery of his childhood after his mother's marriage to the tyrannical Mr Murdstone, through to his first steps as a writer and his search for love and happiness. Along the way he encounters a vast array of gloriously vivid characters-many of whom number among the most memorable in literature-such as the eccentric aunt Betsey Trotwood, the eloquent debtor Wilkins Micawber and the obsequious villain Uriah Heep. Alma Classics Evergreens is a series of popular classics. All the titles in the series are provided with an extensive critical apparatus and extra reading material, including a section of photographs and notes. The texts are based on the most authoritative edition (or collated from the most authoritative editions or manuscripts) and edited using a fresh, intelligent editorial approach. With an emphasis on the production, editorial and typographical values of a book, Alma Classics aspires to revitalize the whole experience of reading the classics.
Publisher: London : Alma Books, 2020.
ISBN: 9780714550039
Branch Call Number: ELECTRONIC RESOURCE
Characteristics: 1 online resource

There are many things that came together in this book to make it such a good read. I loved the episodic style that made each new chapter feel like a new adventure in the story. I loved the humour and the drama. I absolutely adored the cast of characters who ranged from villain to virtuous and who I hated to say goodbye to. I loved the language. I loved the time period and the setting and last but not least I loved the pictures that were included in my edition. They were highly detailed, often comical and brought the scene to life. Now I can't deny that Dickens gets a bit long winded at times but there were so many things to enjoy in this book that I just looked at it as more to love. This was an enjoyable and entertaining reading experience.

Overall this was a good novel, but I don't agree with it being Dickens' greatest work. I didn't care for the titular character or the choices the author had him make. I also wasn't fond of the depiction of women in the novel. Although I'm sure it mirrored the attitudes of the time, it was infuriating that the female characters were often depicted as weak and subservient with only one exception. However, I will say that the lead villain of the story was masterfully done, and had me rooting for him to get his comeuppance.

This bildungsroman is a wonderful melodrama set in the 1800's. Not everyone's cup of tea, perhaps. But, this novel will forever have a little place in my heart as I read it with my mother in Russian. We picked up great phrases from this book that we still use today. Баркис не прочь!

An excellent story following the events in the life of David Copperfield from his childhood to adulthood, the various people he encounters and the hardships he goes through, either alone or others.

A richly detailed story of young David Copperfield as he navigates life during his poverty stricken childhood and as a naïve young man entering adult-hood. 861 pages long, there’s no sense in reading this classic unless you are willing to devote considerable time to it, so as to thoroughly enjoy and appreciate Dickens’ writing style, which is nothing short of marvelous—so much detail and depth!

David never gave up. When many times he got beaten by his mean stepfather, the school master and by others making fun of him in a mean way. He never believed any of the lies that he is nothing or no good. He always stayed and remembered his pure and true self and was never false or lying , cheating or being mean. He never wanted to take revenge and always good-spirited, so that he became a successful person in all his life and remained always in peace and happiness.

My first Dickens book and I was pleasantly surprised by his humour, even in the most trying and dramatic moments. A long book, yes, but after all it is the journey of Trot and what life is conveniently concise.

This book was boring in some points, but over all it was pretty good. I can say I don't care a lot for Dickens, though you always have to appreciate the classics.

Reading David Copperfield was one of the toughest experiences I’ve had to endure in a long time. I started reading the 882 page novel, written by Charles Dickens as a person who disliked Dickens. I came out as a person who really disliked Dickens. When it took me ten minutes to read ten pages, I knew I was in trouble. When it took me a regime of 5 day reading cycles to finish, I really knew I was in trouble. Every morning for the past 5 days, waking up to the chore of reading a book that weighs two pounds (though around page 600 I could of sworn it weighed much, much more) was a huge burden. It’s not that I haven’t read something I didn’t like before; I’ve gone through a similar experience with Uncle Tom’s Cabin, or it’s not that I haven’t read something of this size. I don’t want to be overly venomous, I’m sure I could have endured and maybe even enjoyed another Dickens, albeit at a much shorter length. However this experience has left me with a bad taste in the mouth that probably won’t go away for a while.
David Copperfield is the life’s story of a prominent author in 1800’s England. It is told in flashback from when Copperfield is in his 50s. The novel is based on Dickens’s life, though it is probably a very romanticised account. It starts when he is a boy. He was born to a single mother. Being the 1800s, she gets remarried soon after his birth, and his new stepfather is a big meanie (described in the book as a great dog, waiting to attack in the dark, or in other words a big meanie). His mother dies soon after and David is sent to a school in London. The book has multiple subplots from here on, which I’ll skim over. There are the Peggotty’s; a poor working class family whom David befriends through his nurse. There are the Micwaber’s; a long suffering family whom David befriends after renting in their home. There are his school friends, Steerforth and Traddles; whom he keeps in close contact with for the story. There is his rich aunt and her companion Mr. Dick, a simple minded kite builder who is also building a memorial of some kind. There is Rosa, a girl he falls in love with and her dog Jip. Finally, there is Mr. Wickfield a lawyer whom David befriends, his daughter Agnes, who becomes David’s great confidante and Uriah Heep, an evil clerk who works to undermine Mr. Wickfield’s practice.
In short, it’s a convoluted thing. Even the names make my mind hurt. If you can keep track of everything, and if you like Dickens you’ll probably love this book. If you’re everyone else, you probably won’t. Maybe it’s too soon to make such a judgement, but I really hope not to encounter this book again. I am open to reading more Dickens, just not this one.

you'll find after you have read many of the books by dickens that your vocabulary will not only improve, but that your mind will occasionally think in prose from the eighteen hundreds.

copperfield is a childhood favorite of mine. the first half paints such a picture of despair that when our protagonist is lifted up in the second half we can't help but feel joy.

Go along with you, sir!' said my aunt, anything but appeased. 'Don't presume to say so! I am nothing of the sort. If you're an eel, sir, conduct yourself like one. If you're a man, control your limbs, sir! Good God!' said my aunt, with great indignation, 'I am not going to be serpentined and corkscrewed out of my senses!

Their report was, that Mr. Barkis was 'as bad as bad could be'; that he was quite unconscious; and that Mr. Chillip had mournfully said in the kitchen, on going away just now, that the College of Physicians, the College of Surgeons, and Apothecaries' Hall, if they were all called in together, couldn't help him. He was past both Colleges, Mr. Chillip said, and the Hall could only poison him.

Owing to some confusion in the dark, the door was gone. I was feeling for it in the window-curtains, when Steerforth, laughing, took me by the arm and led me out. We went down-stairs, one behind another. Near the bottom, somebody fell, and rolled down. Somebody else said it was Copperfield. I was angry at that false report, until, finding myself on my back in the passage, I began to think there might be some foundation for it.

I suppose this unfortunate fowl was born and brought up in a cellar,' said my aunt, 'and never took the air except on a hackney coach-stand. I hope the steak may be beef, but I don't believe it. Nothing's genuine in the place, in my opinion, but the dirt.

This unhappy boy, Miss Trotwood, has been the occasion of much domestic trouble and uneasiness; both during the lifetime of my late dear wife, and since. He has a sullen, rebellious spirit; a violent temper; and an untoward, intractable disposition. Both my sister and myself have endeavoured to correct his vices, but ineffectually. And I have felt—we both have felt, I may say; my sister being fully in my confidence—that it is right you should receive this grave and dispassionate assurance from our lips.'     'It can hardly be necessary for me to confirm anything stated by my brother,' said Miss Murdstone; 'but I beg to observe, that, of all the boys in the world, I believe this is the worst boy.

Supposing there was no mistake in the case, and Mr. Murdstone had devised this plan to get rid of me, what should I do? If they allowed me to remain there until my seven shillings were spent, I couldn't hope to remain there when I began to starve. That would obviously be inconvenient and unpleasant to the customers, besides entailing on the Blue Whatever-it-was, the risk of funeral expenses.

orange_eagle_253 thinks this title is suitable for 11 years and over

There are no summaries for this title yet.